Whats cooler than Road trippin though the States….not a lot. Corey Miller, a screenwriter and producer from Los Angeles has created an amazing project over the past eight years, by photographing the seedy, neglected and of course, over the top eye catching signs, of mid-century America. You must experience a cyber road trip by browsing though the never ending, rad collection of photographs on Miller’s Flickr. The half an hour that you’ll spend just scrolling Miller’s folders, is so worth it. No regrets.

Corey started photographing these signs about eight years ago, he explained the following...”There is something inherently melancholy about a fading sign representing the lost hope of a business that has either seen better days, or has closed altogether. Many are modern works of art — and I like to think of the workmanship and the time spent crafting the neon tubes, the form, the typography. I also want to photograph these signs to document fading American relics before they are demolished, and replaced by yet another bland chain store or parking lot.  I usually attempt to isolate the sign in my photographs, often against a clear sky, once again letting it shine.” 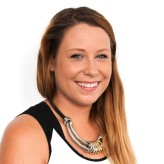